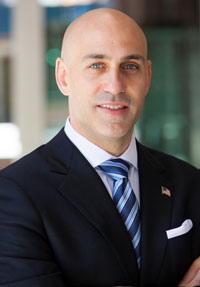 Peter has worked in the financial services industry for 18 years. Peter’s experience is in both the domestic and international equity markets.

Prior to founding Sentinel Advisory Group, Peter was Managing Director at Columbus Advisory Group for five years and a Senior Account Executive at National Securities Corporation for six years. He also served as a financial advisor for institutional firms including Oppenheimer in New York City and Arjent Wealth Management in London, England.

Prior to working in the financial services industry, Peter served four years of active duty in the United States Army and served three years in the New Jersey National Guard. Following the completion of his service with the Army, he studied finance at Baruch College in New York City.